The gender pay gap in Europe: facts and figures 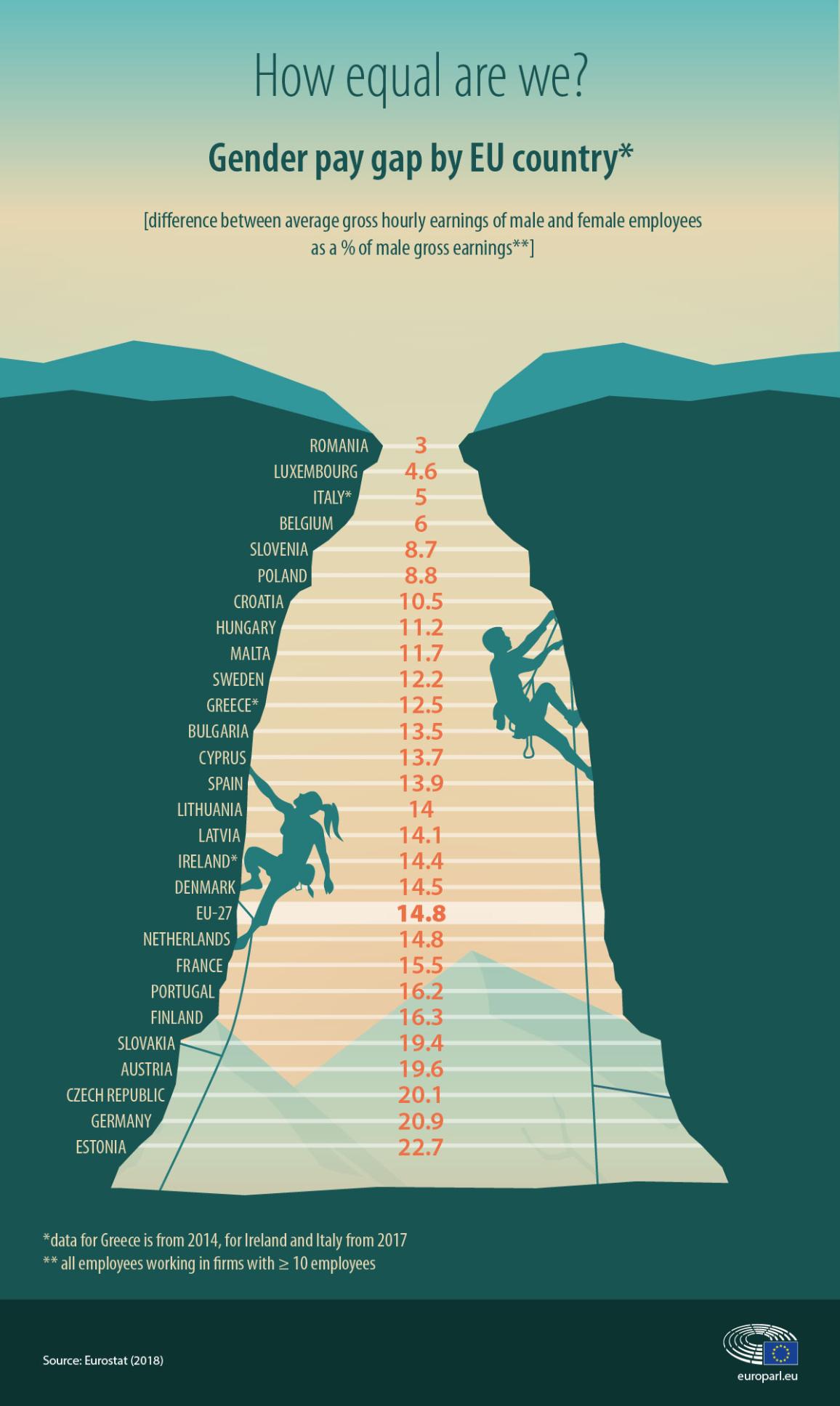 Women in the EU earn on average almost 15% less per hour than men. There are large differences between member countries: the highest gender pay gap is in Estonia (23%), while the EU country with the lowest gender pay gap is Romania (3%). Spain is in a middle position with 13.9 %.

A narrower gender pay gap does not necessarily mean more gender equality. It often occurs in countries with lower female employment. A high pay gap may indicate that women are more concentrated in low-wage sectors or that a significant proportion of women work part-time.

Although more women than men complete higher education in the EU, they are under-represented in the labour market. Almost 30% of women in the EU work part-time and are much more likely to stop working to care for children and family members. 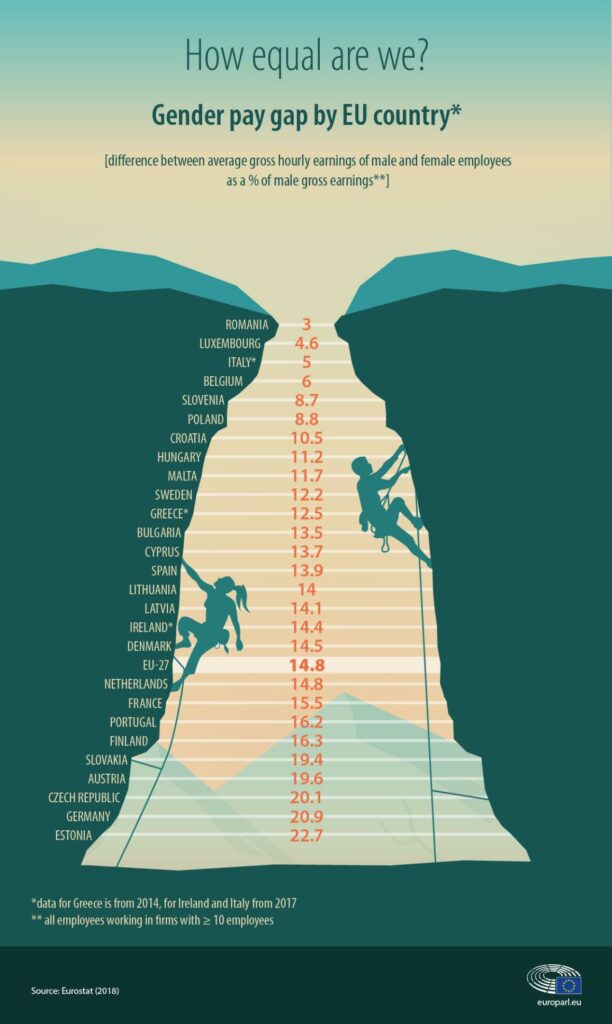 The gender pay gap changes with age: it tends to be smaller when people start working and widens later, although these patterns vary across countries. The gender pay gap also differs across sectors, and in 2017 it was higher in the private sector than in the public sector in most EU countries.

An important reason for the gender pay gap is the over-representation of women in relatively low-paid sectors and under-representation in higher-paid sectors. For example, on average in the EU in 2018, there were more male scientists and engineers than female scientists and engineers: 59% compared to 41%. Women hold only 33% of managerial positions in the EU.

The gender pay gap means that women are at greater risk of poverty in old age. In 2018, women in the EU over the age of 65 received pensions that were on average 30% lower than male pensions. The situation between member states also differs here: from a pension gap of 43% in Luxembourg to 1% in Estonia.

© 2022 Re-Start. The European Commission's support for the production of this publication does not constitute an endorsement of the contents, which reflect the views only of the authors, and the Commission cannot be held responsible for any use which may be made of the information contained therein.
Imprint & Data Privacy Statement
We use cookies on our website to give you the most relevant experience by remembering your preferences and repeat visits. By clicking “Accept All”, you consent to the use of ALL the cookies. However, you may visit "Cookie Settings" to provide a controlled consent.
Cookie SettingsAccept All
Manage consent